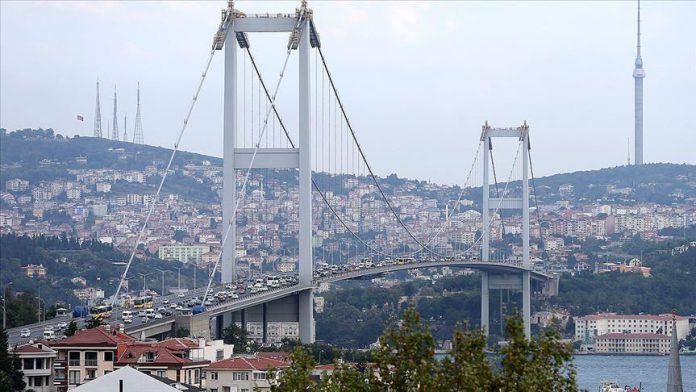 Turkey’s revenue in tolls reached 375.8 million Turkish Liras (some $62.8 million) during January-February, according to official figures on Friday.

The July 15 Martyrs’ Bridge and the Fatih Sultan Mehmet Bridge in Istanbul, connecting Europe and Asia over the Bosphorus, reaped 74.7 million Turkish liras ($12.5 million) in the first two months of this year, according to the General Directorate of Highways.

The figure showed that almost 68.2 million vehicles went through the toll booths in the same period.