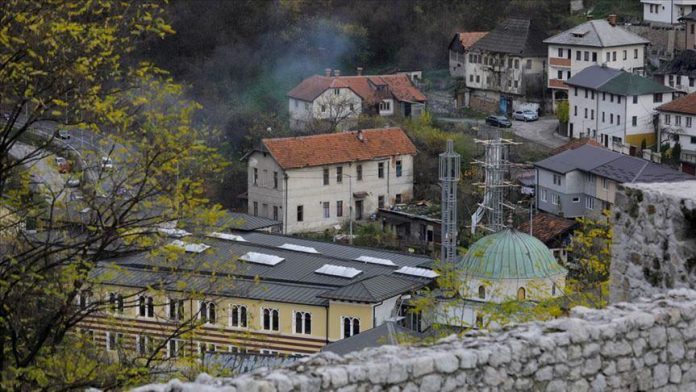 An 18th-century historical madrasah in Bosnia and Herzegovina will be restored to its original appearance by a project launched by Turkey’s state-run aid agency.

The Ottoman-era Vizier Ibrahim Pasha Madrasah began operation as a center for learning in 1706 and is located in Travnik city, popularly known as the City of Viziers, due to the fact that 77 such Ottoman officials originated from the town.

In its original form, the madrasah featured two minarets which were later destroyed in 1918.

The Turkish Cooperation and Coordination Agency (TIKA) plans to rebuild the minarets in two months.