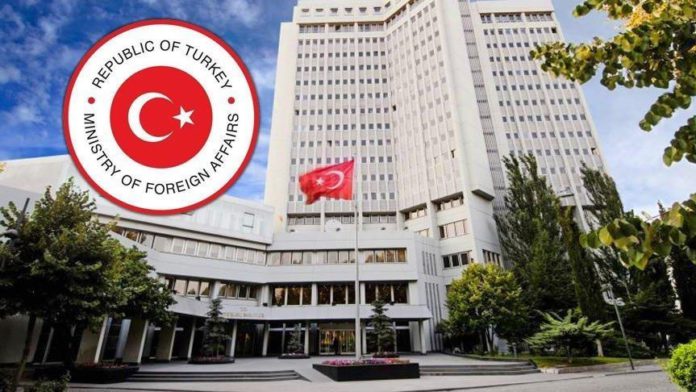 ISTANBUL (AA) – Turkey responded late Sunday to international reactions following its decision to withdraw from a European treaty aimed at preventing and combating violence against women.

“The Republic of Turkey’s withdraw from the treaty should not be interpreted as compromising on combating violence against women,” the Turkish Foreign Ministry said in a statement.

“Women’s rights in the national legislation of the Republic of Turkey are safeguarded by the most advanced norms,” the statement said.

Noting that Turkey has stood by women in advancing their rights, strengthening their social role and protecting them against violence, the ministry said “the Council of Europe Convention on Preventing and Combating Violence Against Women and Domestic Violence is a convention prepared with the main purpose of combating violence against women.”

However, it added that “elements of the Convention and various practices created sensitivity in the public and caused criticism.”

The ministry pointed out the “discussions in many countries within the Council of Europe regarding the Convention” and said “some countries that have signed the Convention have refrained from ratifying it.”

With the understanding of zero tolerance of violence against women, the ministry said Turkey will continue to take all necessary measures to strengthen women’s rights.

The ministry’s statement came after senior US and European officials voiced regret over Turkey’s decision to withdraw from the treaty.

EU foreign policy chief Josep Borrell said: “We cannot but regret deeply and express incomprehension towards the decision of the Turkish government to withdraw from this convention that even bears the name of Istanbul.”

He called on Turkey to reverse the decision.

Maas and Daems said they “deeply regret the decision” to quit the Istanbul Convention, which was ratified in Turkey’s parliament in 2012.

“We recall that the purpose of the Convention is to prevent violence against women, protect victims and prosecute perpetrators. It upholds women’s fundamental human right to a life free from violence,” the statement said.

Turkey was the first country to ratify the European convention adopted in Istanbul in 2011.

While the convention was enforced in 34 countries including Turkey, some countries — Ukraine, the UK, the Czech Republic, Slovakia, Moldova, Lithuania, Liechtenstein, Latvia,

Hungary, Armenia and Bulgaria — signed the document but have yet to ratify it.

The EU signed the convention on June 13, 2017, while Council of Europe members Russia and Azerbaijan did not.

Some items of the convention prompted discussion on the subject of gender equality in Turkey, with critics saying they damaged traditional family values.

US' Blinken discusses cooperation with Chinese diplomat on COVID origins