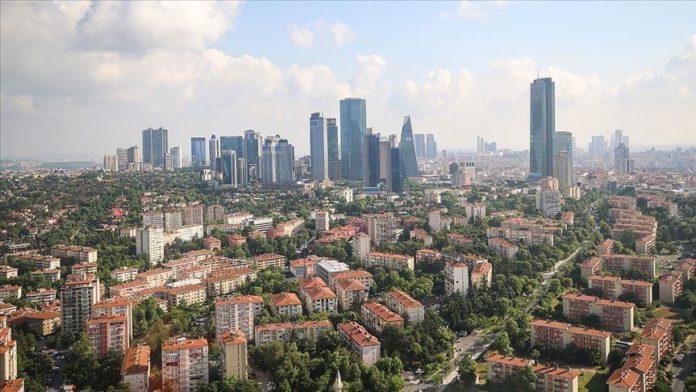 In the month, a total of 170,408 houses were sold, the Turkish Statistical Institute (TurkStat) said in a statement.

Housing sales to foreign buyers increased during the same period, up 8% to 3,893 units.

Istanbul, the country’s largest city by population, enjoyed the lion’s share of sales to foreign buyers, with 1,648 units. The Mediterranean resort city of Antalya followed with 784 properties, while the capital Ankara came third with 288.

July data showed that Iranian citizens made up the largest group of foreign buyers according to nationality, as they bought 640 houses in Turkey. They were followed by Iraqis with 592 housing sales, Russians with 366, Afghans with 156.

Meanwhile, in January-August, some 1.2 million residential properties were sold in Turkey, rising 42.6% from the same period last year.

TurkStat said housing sales to foreigners fell 24.7% on an annual basis to 20,896 in the first eight months of this year.