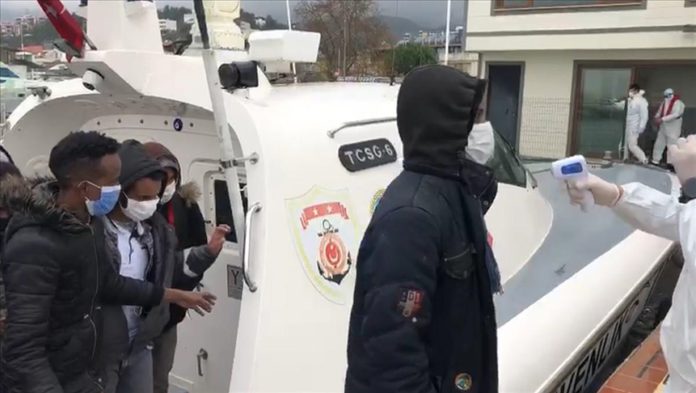 Turkey rescued nearly 80 asylum seekers, including a group pushed back by the Greek Coast Guard into Turkish territorial waters in the Aegean Sea, a security source said Monday.

Nineteen asylum seekers were stranded on a dinghy due to an engine breakdown and were rescued off the coast of Marmaris district in Turkey’s southwestern Mugla province, said the source, who asked not to be named due to restrictions on speaking to the media.

Another group of 34 asylum seekers were rescued by the Turkish Coast Guard, who were conducting a routine patrol off the coast of Bodrum district in Mugla province.

Separately, another Turkish Coast Guard team was dispatched off the coast of Ayvacik in northwestern Canakkale province to rescue 26 asylum seekers.

The asylum seekers were trying to reach Greece’s Lesbos (Midilli) Island on a dinghy and a life boat.

Security sources said the asylum seekers were pushed back to Turkish territorial waters by the Greek Coast Guard.

After routine checks, all of the asylum seekers were taken to the provincial migration authority.

US: 1st COVID-19 vaccination could be given Monday

At least 10 missing after landslide in Norway