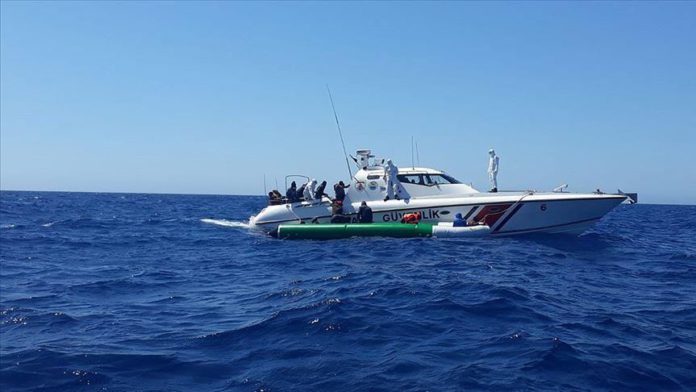 The asylum seekers of different nationalities wanted to cross to Mytilene Island of Greece.

They were onboard rubber boats that were directed to Turkish territorial waters by the Greek Coast Guard, said the sources, who asked not to be named due to restrictions on speaking to the media.

Drone footage of the rescue operation was shared by Turkey’s Defense Ministry on Twitter.

Upon reaching Turkey, they were provided with food and clothing by Turkish officials.

Migration from East Africa to Gulf down 73%