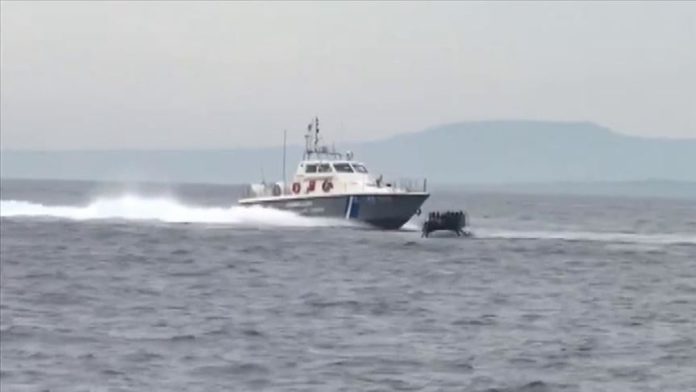 A Turkish coast guard team has rescued a boat carrying 48 asylum seekers in the Aegean Sea which was turned away from the Greek side, officials said Friday.

The Greek coast guard confiscated the fuel and broke the engine before pushing it to Turkish waters, officials of Turkey’s Interior Ministry told Anadolu Agency.

The asylum seekers were rescued off the coast of Turkey’s northwestern Canakkale province on April 29.

The Turkish coast guard also shot videos of the Greek side pushing the asylum seekers away instead of rescuing them.

The asylum-seekers include 25 Afghans, 22 Congolese, and one Iranian.