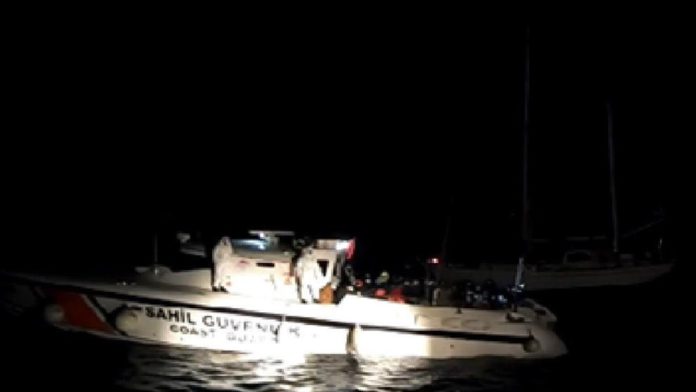 Sixty-five asylum seekers were trying to reach Greece’s Lesbos Island by motorboat but had to request help from Turkish authorities when the boat’s engine stopped, according to sources.

A Turkish Coast Guard boat responded to the distress call and conducted a rescue operation off the coast of Ayvacik in Turkey’s western Balikesir province, the sources added.

Separately, 19 asylum seekers, whose rubber boat was pushed by Greek coastal authorities into Turkish territorial waters in the Aegean Sea, were rescued by a coast guard team off the Dikili coast in the western Izmir province.

*Writing by Ahmet Gencturk and Jeyhun Aliyev from Ankara