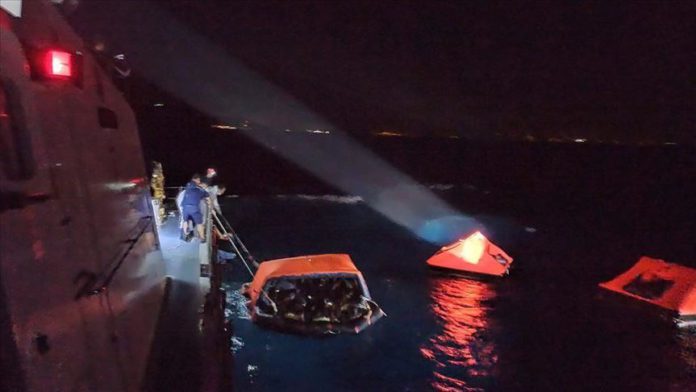 The Turkish Coast Guard rescued 83 asylum seekers on Friday who were pushed back by Greek coastal authorities into Turkish waters off the Aegean coast, according to security sources.

They were brought to the shore on a coast guard vessel before being transferred to the provincial migration office.