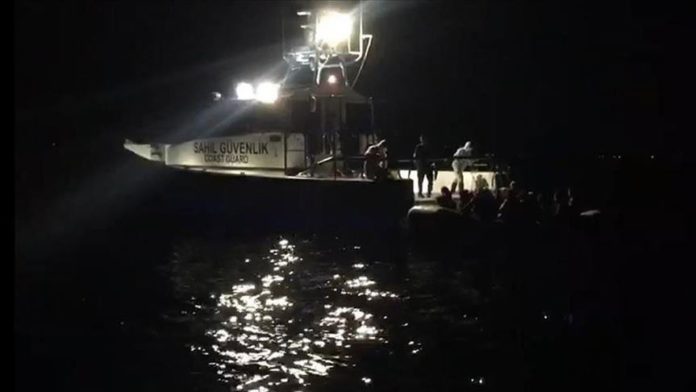 Turkey rescued 63 asylum seekers pushed back by the Greek Coast Guard into the Turkish territorial waters in the Aegean, said security sources on Monday.

A total of 32 asylum seekers of different nationalities, rescued off Sivrice Cape of Ayvacik district of Turkey’s northwestern Canakkale province, were referred to a coast guard station.

Their rubber raft was pushed back to the Turkish territorial waters by the Greek Coast Guard, said the sources, who asked not to be named due to restrictions on speaking to the media.

In another rescue operation, the Turkish Coast Guard rescued 31 asylum seekers, who initially set off for the Greek island of Lesbos, off the coast of Ayvalik district in the northwestern Turkish province of Balikesir.

Borsa Istanbul down in opening session