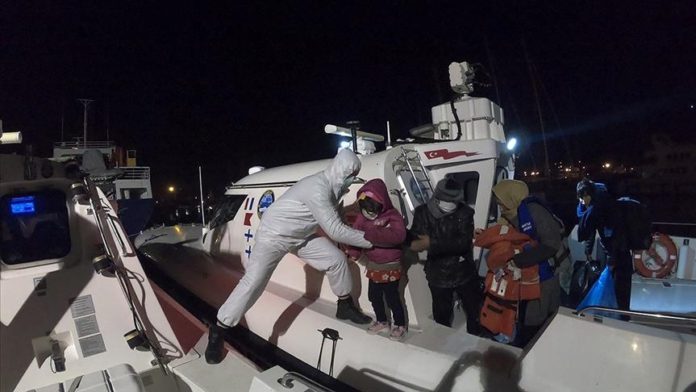 Turkey rescued 56 asylum seekers, including a group pushed back by the Greek Coast Guard into Turkish territorial waters in the Aegean Sea, a security source said on Thursday.

Due to engine breakdown, 32 asylum seekers got stranded on a dinghy and were rescued off the coast of Cesme district of Turkey’s western Izmir province, said the source, who asked not to be named due to restrictions on speaking to the media.

Another group of 24 asylum seekers, who were pushed back by the Greek Coast Guard into Turkish territorial waters in the same region, was rescued by the Turkish Coast Guard.

‘40% increase in kidnappings in Gulf of Guinea’