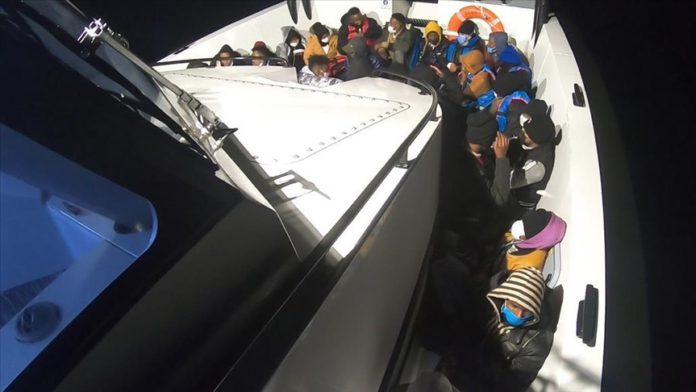 The group of asylum seekers, who were trying to make their way to Greece’s island of Lesbos in the Aegean Sea had embarked from Balikesir province in Turkey.

After being located, the passengers were pushed back by Greek coastal authorities into Turkish waters.

Upon being tipped off, the Turkish Coast Guard was dispatched to the area and rescued all 54 asylum seekers.