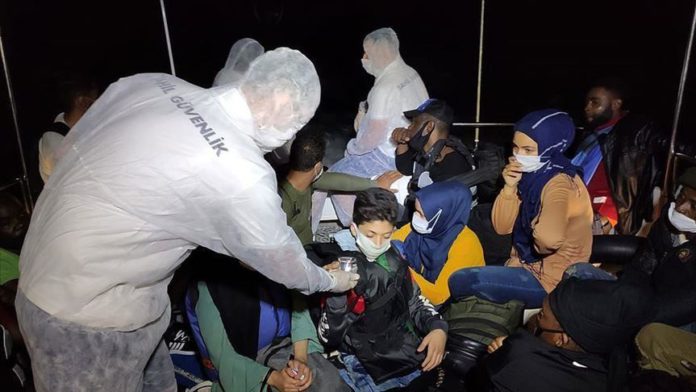 A total of 51 asylum seekers have been rescued off the coast of Turkey’s Aegean region.

Some 30 asylum seekers were rescued off Didim and Kusadasi districts in Aydin province when coastal security forces received information that they were in the region in a boat.

Coastal security teams saved all 22 asylum seekers from Didim and eight from Kusadasi.

Meanwhile, 21 asylum seekers were rescued by coastal security teams from a rubber boat floating off the coast of Bodrum.

After breaking down, the boat began drifting, and those on board asked for help.

All of the irregular asylum seekers will be sent to the provincial migration authority after regular checks, according to statements by both coastal security teams.

Earlier this year, the country opened its gates to irregular migrants seeking to reach Europe, accusing the European Union of failing to keep its promises under a 2016 migrant deal.