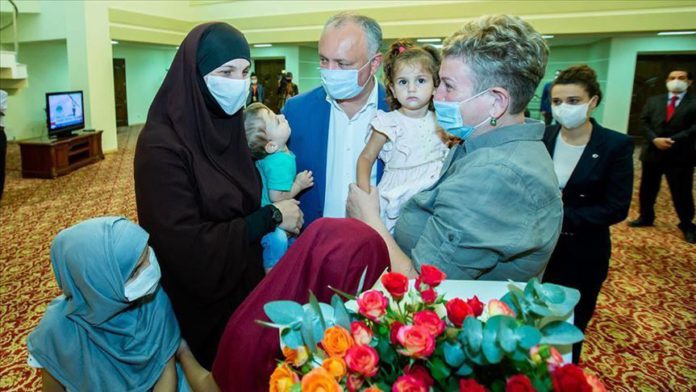 Barkal and her children were stuck in al-Hawl Camp since the beginning of 2019 due to ongoing clashes in the war-stricken country, security sources said Friday on the condition of anonymity.

The sources also said that the successful operation was jointly carried out by Turkish intelligence units and Moldovan security and intelligence service after the Moldovan government sought the help of Turkey to rescue the stranded citizens.

Barkal and her Syrian origin husband, who lived and worked in Moldova’s capital Chisinau until 2013, decided to reside in Syria’s Manbij district in Aleppo province.

Security sources said Barkal’s husband was killed in late 2017 during military clashes in Syria and Barkal and her four children arrived at al-Hawl Camp on January 2019.

August 15, 2020
We use cookies to ensure that we give you the best experience on our website. If you continue to use this site we will assume that you are happy with it.Ok