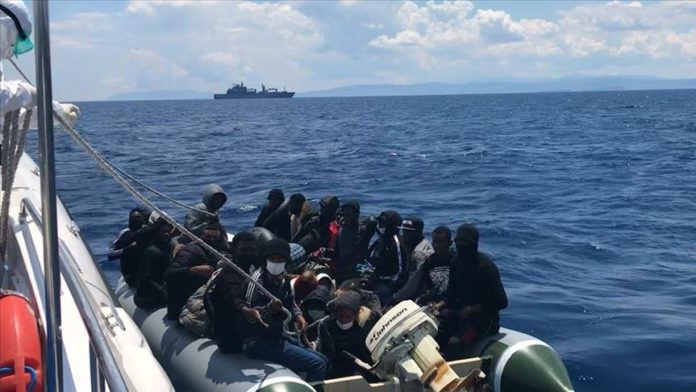 The Turkish Coast Guard rescued at least 48 asylum seekers who were pushed into Turkish territorial waters off the Aegean coast by Greek coastal authorities, according to security sources.

The Turkish Coast Guard said Wednesday in a statement that a team was dispatched to an area off Cesme in the western Izmir province after learning of a group of asylum seekers stranded on a dinghy.

A total of 26 asylum seekers were taken to the shore, according to the statement.

Separately, another Turkish Coast Guard team was dispatched off the coast of Ayvacik in the northwestern Canakkale province and rescued at least 22 asylum seekers.

The asylum seekers’ rubber raft was pushed back to Turkish territorial waters by the Greek Coast Guard, said the sources, who asked not to be named due to restrictions on speaking to the media.

Riots in Athens marks memorial for boy killed by police

Super Lig match delayed due to COVID-19 cases at Hatayspor