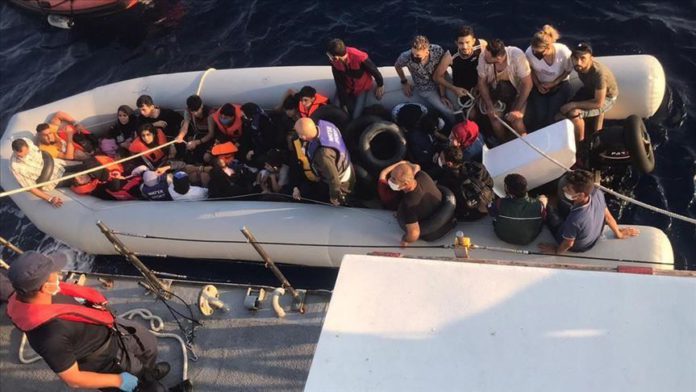 The Turkish Coast Guard rescued 40 asylum seekers late Tuesday who were pushed back by Greek coastal authorities into Turkish waters off the Aegean coast, according to security sources.

The coast guard team was dispatched to the area off the coast of Kusadasi district in Aydin province after receiving information that the asylum seekers were stranded on a dinghy.

They were brought to the shore on a coast guard vessel before being transferred to the provincial migration office.

Rockets fall near US embassy in Baghdad