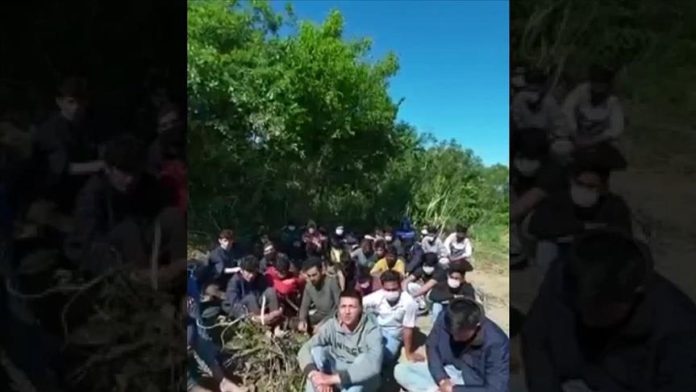 Turkish security forces rescued a total of 35 asylum seekers who were pushed back by Greek authorities, Turkey’s National Defense Ministry said on Friday.

In a Twitter post, the ministry said the asylum seekers were “tried to be illegally sent to Turkey after being beaten by the Greek personnel and being held as hostages without food and water in a building where shoes, money and IDs were taken.”

35 irregular migrants were tried to be illegally sent to Turkey after being beaten by the Greek personnel and being held as hostages without food&water in a building where shoes, money&IDs were taken. Our staff on the border of Edirne rescued the immigrants in the Meriç River. pic.twitter.com/DZZMHDhICW

It added that Turkish security forces in the northwestern Edirne province rescued the asylum seekers in the Meric River, which forms the Turkish-Greek border.

Turkey and human rights groups have repeatedly condemned Greece’s illegal practice of pushing back asylum seekers, saying it violates humanitarian values and international law by endangering the lives of vulnerable migrants, including women and children.​​​​​​​