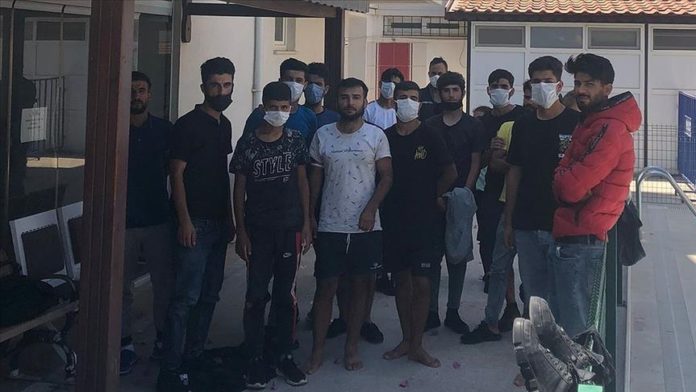 The Turkish Coast Guard on Sunday rescued 26 irregular migrants illegally pushed back by Greek forces, according to a Turkish security source.

After learning that a boat carrying a group of irregular migrants was sailing near the village of Kizilagac on the Datca peninsula, in waters off the western Mugla province, the regional coast guard command deployed teams to the location, added the source, who asked not to be named due to restrictions on speaking to the media

Two Turkish nationals who were attempting to flee to Greece were also held, said the source.

Turkey has repeatedly condemned Greece’s illegal practice of pushing back asylum seekers – also condemned by international human rights groups – saying that it violates humanitarian values and international law by endangering the lives of vulnerable migrants, including women and children.

Turkey, France to discuss all aspects of relations at NATO summit