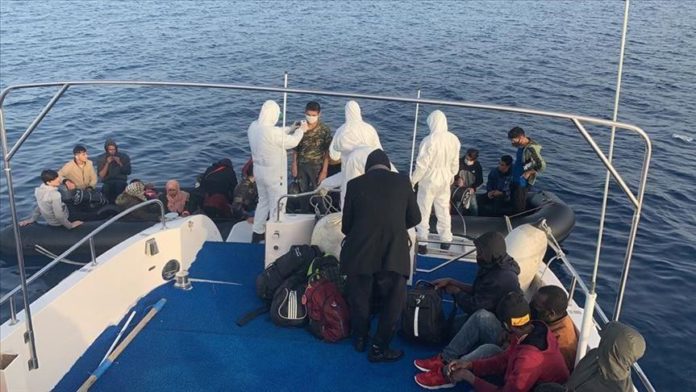 Turkish coast guard units rescued at least 26 asylum seekers on Saturday who were pushed back into the sea by the Greek side as they attempted to enter Europe.

The asylum seekers set off from Turkey’s Aegean coast off Canakkale province on a rubber boat. They wanted to reach Greece’s Lesbos Island.

The group, including nationals from Afghanistan, Somalia, and Central Africa, were caught by the Greek Coast Guard and pushed back to Turkish waters.

After rescuing them, Turkish officials gave them food and clothes.

The country hosts nearly four million Syrian refugees, more than any other country in the world.