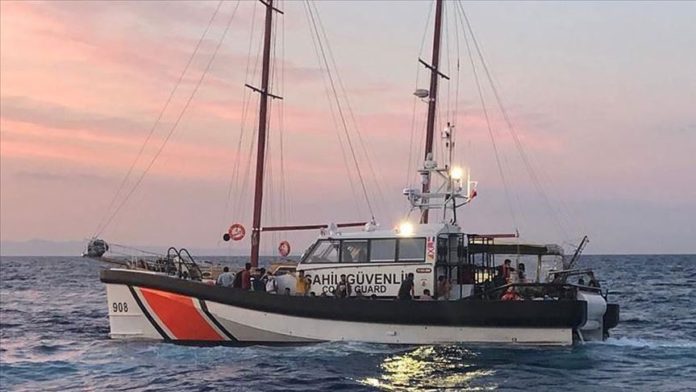 At least 41 asylum seekers in three life-rafts, who were pushed back by the Greek Coast Guard into Turkish waters, were rescued off the coast of the Kusadasi district of the western Aydin province, said sources, who asked not to be named due to restrictions on speaking to the media.

Meanwhile, in Izmir, Greek authorities dismantled the engine of a boat carrying 28 refugees and pushed them back into Turkish territorial waters.

Moreover, at least 145 people from different countries trying to cross to Greece on a wooden boat set sail from the coast of Canakkale in northwestern Turkey.

After the vessel broke down and they started to drift, the asylum seekers called for help from the Turkish coast guard.

All the asylum seekers were rescued and brought to Turkey’s shore.

After routine checks, they were shifted to the provincial migration authority.