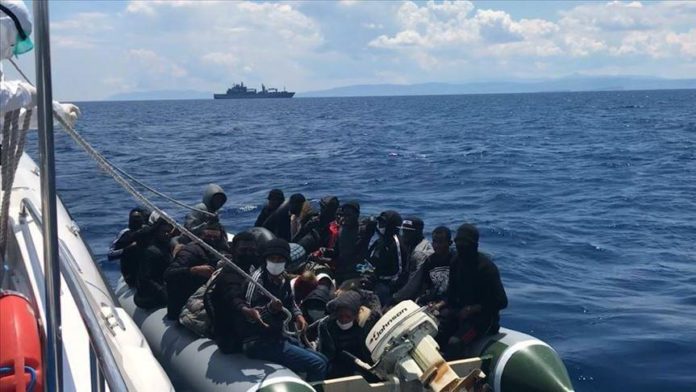 The Turkish Coast Guard Command rescued 18 irregular migrants whose boats were pushed back by the Greek Coast Guard into Turkish waters in the Aegean Sea, security sources said Monday.

A Turkish team was dispatched off Canakkale after learning of a number of irregular migrants stranded on a lifeboat, said the sources, who asked not to be named due to restrictions on speaking to the media.

The teams took 18 people from their lifeboat to the coast guard boat and brought them ashore.

After routine checks, the irregular migrants were taken to the provincial migration authority.