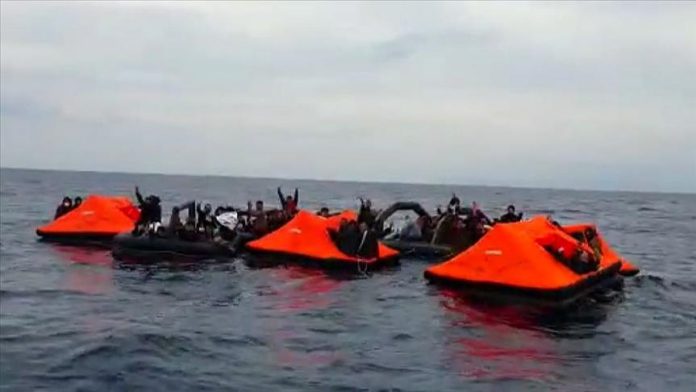 Turkey rescued at least 158 asylum seekers who were pushed back by the Greek Coast Guard into Turkish territorial waters in the Aegean Sea on Wednesday, according to a security source.

The Turkish Coast Guard dispatched teams to rescue the asylum seekers in eight life-boats stranded off Seferihisar district of Izmir province, said the source who asked not to be named due to restrictions on speaking to the media.

Six suspects were arrested as they attempted to flee Turkey, said the source.

In a video that captured the rescue, asylum seekers are seen applauding the arrival of the teams.

“They [Greek teams] left us here and ran away. They took us in the Greek waters and brought us till here,” said one asylum seeker.