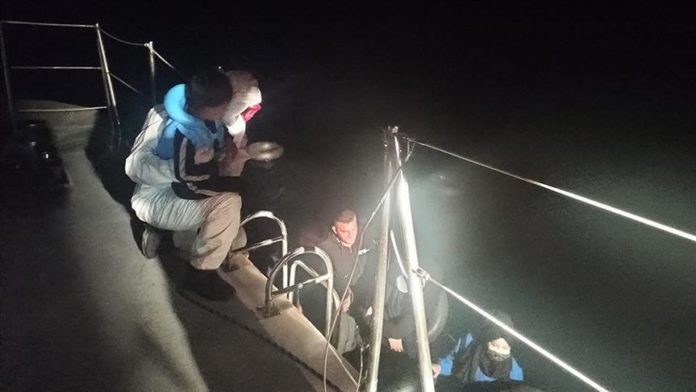 The Turkish Coast Guard rescued 14 asylum seekers off the Aegean coast, according to security sources on Monday.

A coast guard team was dispatched off the coast of Marmaris in the southwestern Mugla province after learning that the asylum seekers were stranded on a dinghy due to an engine breakdown.

They were taken into a coast guard boat and brought to the port of Marmaris, said the sources, who asked not to be named due to restrictions on speaking to the media.

Later, the asylum seekers were transferred to the provincial migration office.