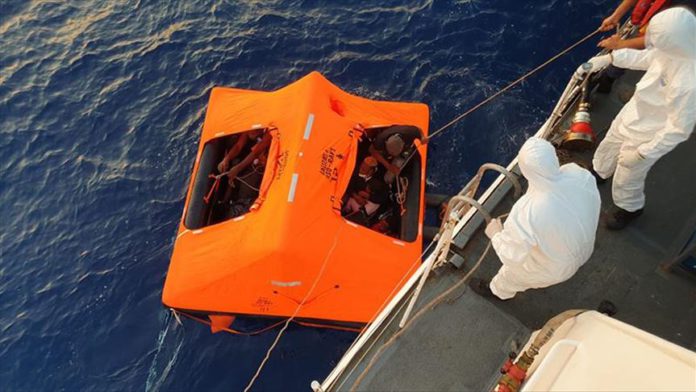 The Turkish Coast Guard on Sunday rescued 14 asylum seekers who were pushed back by Greek coastal authorities into Turkish waters off the Aegean coast, according to security sources.

A coast guard team was dispatched off the coast of Marmaris in Mugla province after learning that the South African asylum seekers were stranded on a boat.

The asylum seekers said that when they reached Rhodes Island, Greek coast guard teams damaged their boat and pushed them into Turkish territorial waters.