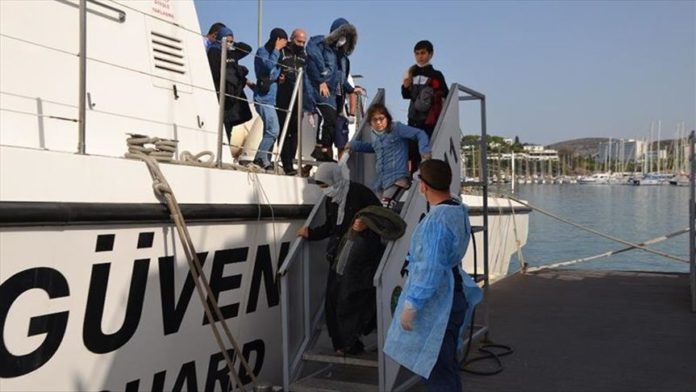 Turkey on Thursday rescued 13 asylum seekers, who were pushed back by Greek coastal authorities into Turkish waters off the Aegean coast.

In a statement, the Turkish Coast Guard said that teams were dispatched off the Kusadasi district of western Aydin province upon the notification that there was a group of stranded asylum seekers on a lifeboat.

After being rescued and routine checks, the asylum seekers — Syrian and Lebanese nationals — were sent to the provincial migration authority.