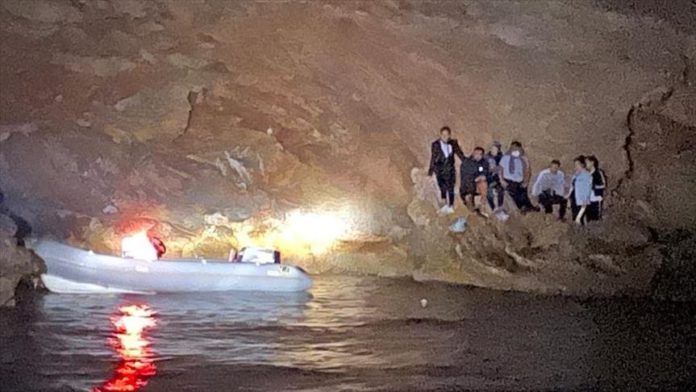 Coast Guard teams were dispatched to the area after the asylum seekers sought help.

The teams transferred the asylum seekers to the coast guard boat and brought them to land.

The asylum seekers were brought to Marmaris Port and were transferred to the provincial migration office.

After the engine of their rubber boat broke down at sea, the asylum seekers made their way to a small island, said the sources, who asked not to be named due to restrictions on speaking the media.

After they called for help, the coast guard was dispatched to the area from Bodrum district in southwestern Mugla.