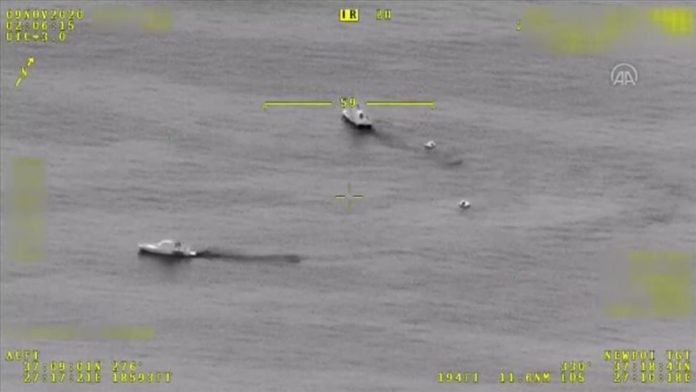 An operation conducted by the Turkish Coast Guard to rescue 25 asylum seekers who were pushed back by Greece to die in the Aegean Sea was captured by drones.

A boat, carrying dozens of irregular immigrants, including children, that the Greek military elements pushed into Turkish territorial waters in the Aegean Sea, was detected by unmanned aerial vehicles (UAVs) on Nov. 9.

The two ships then left the area by maneuvering that could have sunk the boat.

The migrants were rescued by Turkey’s TCSG-21 Coast Guard Boat.

Turkey: COVID-19 recoveries to include quarantined ones

Moroccan rescuers at 'most critical stage' in saving boy stuck in...