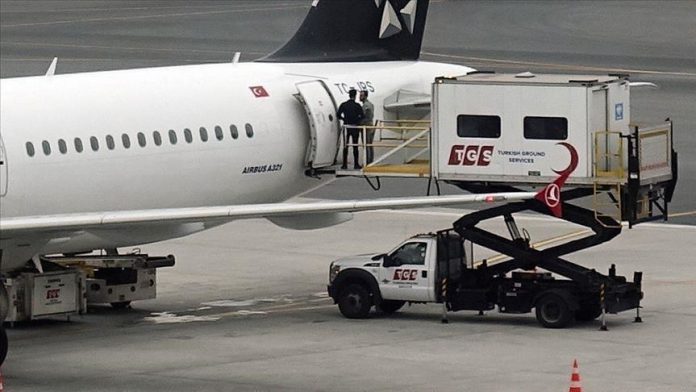 Turkey brought back a total of 1,286 of its nationals from four African nations and Arab countries Sunday as part of its ongoing repatriation efforts for Ramadan amid the coronavirus pandemic.

Some 207 Turkish nationals returning from Somalia and Djibouti on a special Turkish Airlines flight arrived at Turkey’s Nevsehir-Kapadokya Airport.

After health checks, they were sent to Nevsehir and Nigde provinces for quarantine.

A total of 133 citizens and 10 North Macedonians returned from Nigeria and Ghana on another Turkish Airlines flight which arrived in Izmir province.

Following mandatory health checks, they were transported to Aydin province to be quarantined for two weeks at a dormitory.

Meanwhile, 166 Turkish citizens landed in Istanbul from Senegal and Mauritania and were sent to Duzce province for quarantine.

“We have brought back 618 citizens who were waiting to return home in Saudi Arabia and Qatar,” Turkey’s Deputy Foreign Minister Yavuz Selim Kiran said late Sunday on Twitter.

In addition, 162 Turkish citizens who were brought back from Qatar on different flights landed in Ankara.

Turkey has so far repatriated more than 60,000 citizens, Foreign Minister Mevlut Cavusoglu said in a tweet.

The pandemic has killed nearly 206,000 people worldwide, with the number of cases totaling over 2.9 million and more than 861,000 recoveries, according to figures compiled by US-based Johns Hopkins University.

New Turkish 5A satellite set for launch from US Thursday