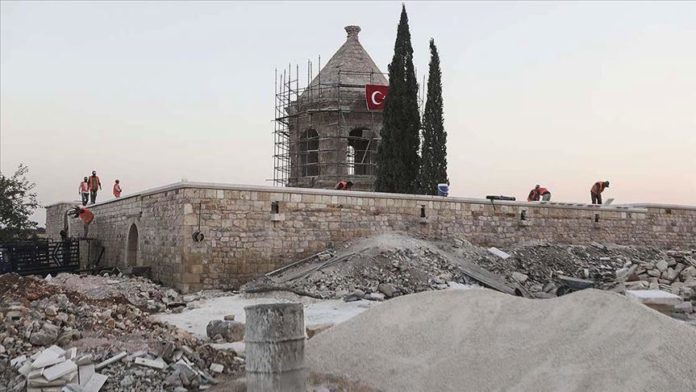 Afrin – just across Turkey’s southern border – was liberated from the terrorist YPG/PKK by Turkey’s Operation Olive Branch in 2018, but has still been subject to occasional attacks by the YPG/PKK terror group.

Turkey continues to take care of the cultural assets in the area, thus, the restoration work was carried out by the Turkish southern Hatay province’s Regional Directorate of Foundations.

The renovation work, which started around six months ago and is planned to be completed at the end of the year, is being meticulously carried out by expert teams.

According to the General Directorate of Foundations, the tomb, located around 10 kilometers (around six miles) from the Turkish border, dates back to the 3rd century.