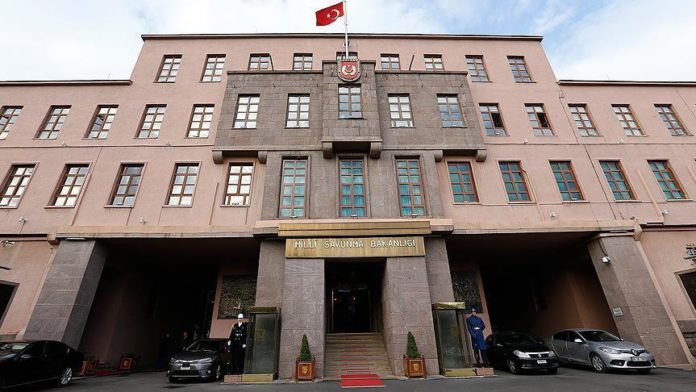 Turkey on Monday commemorated Libyan cadets who were martyred last year in an airstrike by forces loyal to warlord Khalifa Haftar.

The National Defense Ministry recalled in a statement that a year ago today, Haftar’s supporters carried out an attack using an armed drone on the courtyard of Al-Hadba Military Academy south of Tripoli while new cadets were preparing for a ceremonial march.

It said 30 cadets were martyred and 33 were injured.

“We commemorate the Libyan students who were martyred in the inhuman attack that froze the blood of the whole world,” the ministry said, adding the Turkish Armed Forces are now supporting the Libyan army to bring it to the level of a modern army.

The government headed by Prime Minister Fayez al-Sarraj was founded in 2015 under a UN-led agreement, but efforts for a long-term political settlement failed due to a military offensive by forces loyal to Haftar.

The UN recognizes the al-Sarraj government, which is also supported by Turkey, as the country’s legitimate authority. Tripoli has battled Haftar’s militias since April 2019 in a conflict that has claimed thousands of lives.

Diplomatic efforts have been underway in recent months to reach a solution to the Libyan conflict following victories by the Libyan Army against Haftar’s militias.