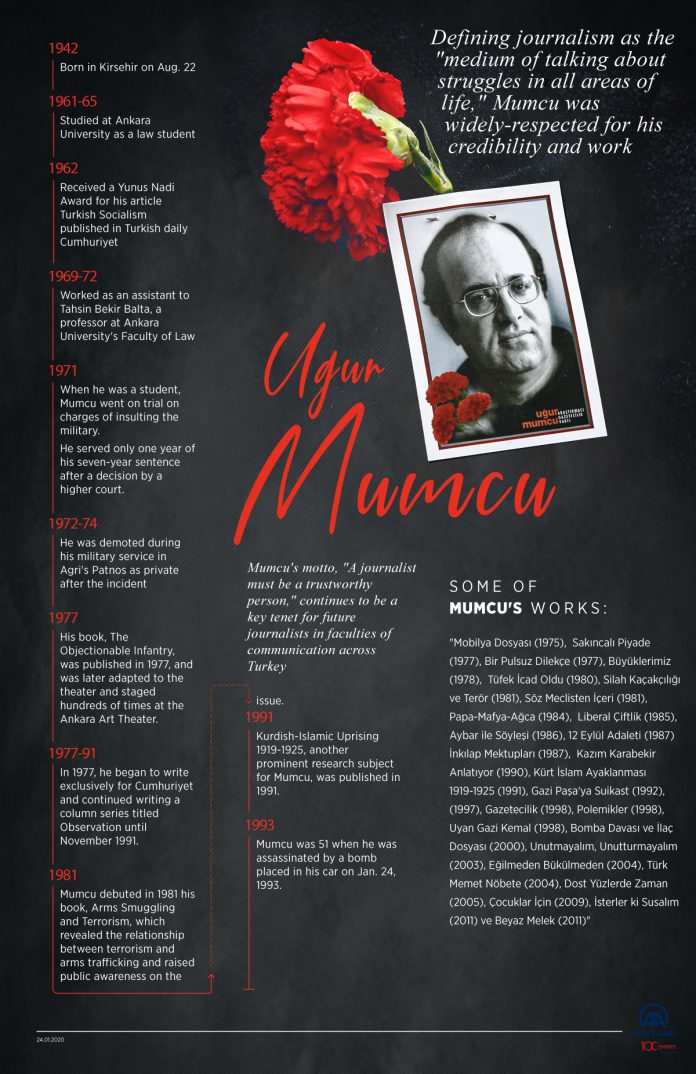 Turkey on Friday commemorated veteran journalist Ugur Mumcu who was assassinated in the country’s capital Ankara 27 years ago.

Born in the central Kirsehir province, Mumcu was 51 when he was assassinated by a bomb placed in his car on Jan. 24, 1993.

Beginning to write as a law student at Ankara University in 1961-1965, he received a Yunus Nadi Award for his article Turkish Socialism published in Turkish daily Cumhuriyet.

After graduating, he worked as an assistant to Tahsin Bekir Balta, a professor at Ankara University’s Faculty of Law, in 1969-1972.

He then began his journalism career,