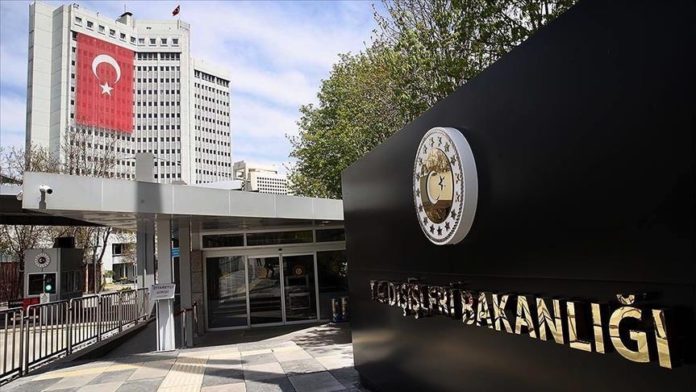 Turkey on Friday slammed a declaration by the European Union Leaders Summit calling it “biased and unlawful”.

Turkey’s Foreign Ministry in a statement said: “We reject the biased and unlawful attitude toward [Northern] Cyprus, Eastern Mediterranean, Aegean and regional issues in particular, which we know that the majority of the EU does not adopt, but had to be put into December 10 EU Summit Conclusions due to solidarism and veto pressure.”

The declaration passed on Thursday condemned the opening of part of the city of Maras, also known in Greek as Varosha, and argued that UN Security Council resolutions should be respected.

The ministry further stated that the EU through its decision “once again ignored Turkish Cypriot people and their will”.

“It is a disgrace for EU that Greece pushes migrants back to the Aegean Sea and Frontex is an accomplice,” added the statement.

Currently only two executives of the Turkish Petroleum Corporation are subject to these sanctions, which consist of assets freeze and a travel ban to the European Union.