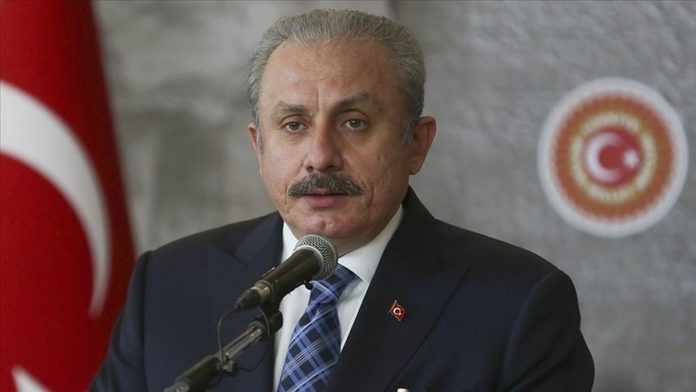 Turkey rejects the Latvian parliament’s “unlawful decision” to term the events of 1915 a “genocide,” the Turkish parliament speaker said on Saturday.

Mustafa Sentop stressed in a statement that it is not the job of parliaments to judge historical events.

He said the decision is unlawful and serves no other purpose than distorting historical facts.

“The decisions of the European Court of Human Rights in 2013 and 2015, which are also binding for Latvia, clearly show that the Armenian claims do not have legal value and can only be a subject of historical debate,” said Sentop.

Turkey’s position on the events of 1915 is that the deaths of Armenians in eastern Anatolia took place when some sided with invading Russians and revolted against Ottoman forces.

A subsequent relocation of Armenians resulted in numerous casualties.

Ankara has repeatedly proposed the creation of a joint commission of historians from Turkey and Armenia, as well as international experts, to tackle the issue.

In 2014, President Recep Tayyip Erdogan, who was the country’s prime minister at the time, expressed condolences to the descendants of Armenians who lost their lives in the events of 1915.