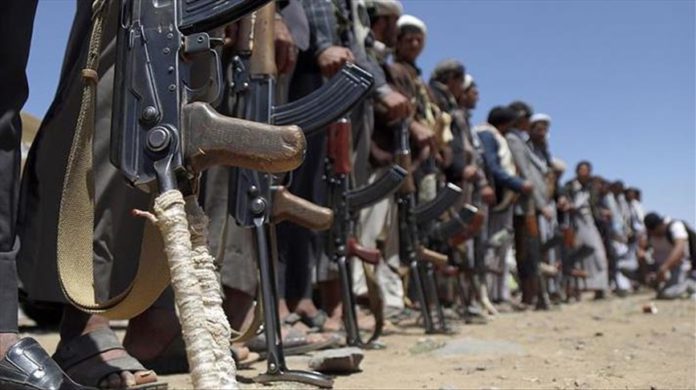 Turkey on Friday rejected “unfounded” allegations by the European Parliament.

“We reject the unfounded allegations regarding our country, which embraced millions of Syrians and assumed heavy responsibilities on its own due to the conflict, were included in the resolution adopted in the European Parliament’s General Assembly on the occasion of the 10th anniversary of the Syrian conflict,” the Foreign Ministry said in a statement.

It also demonstrates the European Parliament’s biased approach and is away from honesty against Turkey, it said.

Turkey carried out operations in northern Syria against terror groups threatening Syrian and Turkish people along the Turkish border based on the right of self-defense, according to the statement.

All necessary measures were taken to prevent any harm to the civilian population during and after the operations, it said, adding that the people of the region were rescued from the persecution of Daesh/ISIS and PKK/YPG terror organizations.

Thanks to the stabilization efforts of local elements under the leadership of the Syrian Interim Government, peace, and stability have been established, and more than 420,000 refugees have been voluntarily and safely returned to these regions, it noted.

“The main thing that the European Parliament should criticism is that the PKK / YPG’s recently increasing terrorist attacks that is aimed at disrupting peace and stability in the region,” it said.

It is also noteworthy that PKK/YPG’s efforts to change the demography of the region, and releasing Daesh/ISIS members were not mentioned in the decision, it underlined.

Turkey will continue its efforts to find a political solution to the Syrian conflict on the basis of the UN Security Council resolution 2254 while continuing its fight against terrorism in all its forms, it stressed.

Ankara called the European Parliament to comprehend the importance of Turkey’s contribution in Syria for Europe and to make a constructive contribution to the political solution of the conflict in the context of developments in Syria instead of making unrealistic and irrelevant statements, it said.