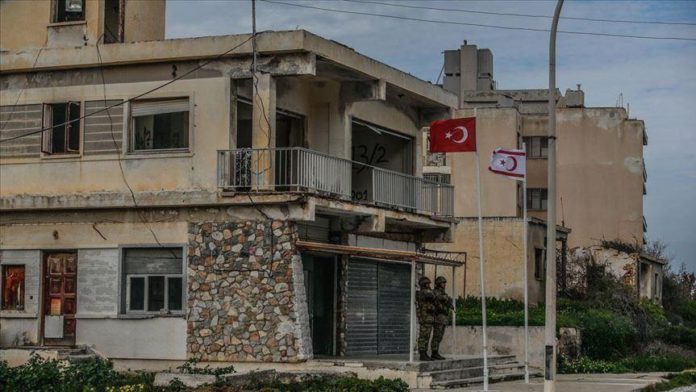 ANKARA  – Turkey on Friday rejected a “non-binding” resolution by the European Parliament against Turkey and the Turkish Republic of Northern Cyprus (TRNC) on the Maras and Cyprus issues.

“We completely reject the non-binding resolution adopted by the MEPs on our country and the TRNC,” said Foreign Ministry spokesman Hami Aksoy in a statement.

Underlining that Turkey fully supports the statement made by the TRNC Presidency on this issue, Aksoy said: “This decision, which is undoubtedly dictated by the Greek Cypriot Administration, once again demonstrates how disconnected from reality and prejudiced the EP is on the Cyprus issue.”

Aksoy added that if the European Parliament maintains this approach and mentality, it is not possible for European Union bodies to make a constructive contribution to the solution of the Cyprus issue.

Turkey calls on the EP and EU to face the realities on the island and take into account the presence of the Turkish Cypriot people as well as fulfill the EU commitments made in April 2004 to Turkish Cypriots, he stressed.

The EP asked Turkey to reverse its decision to re-open part of Maras and resume negotiations aimed at resolving the Cyprus problem on the basis of a bi-communal, bi-zonal federation.

It also called on the EU to impose sanctions against Turkey.

The abandoned town of Maras in Gazimagusa, also known as Famagusta, was partially reopened for public use on Oct. 8.

Maras had been a ghost town to which entry was forbidden except for Turkish army personnel stationed in the TRNC.

Cyprus has been divided into the TRNC in the north and the Greek Cypriot administration in the south since a 1974 military coup aiming to annex Cyprus to Greece.