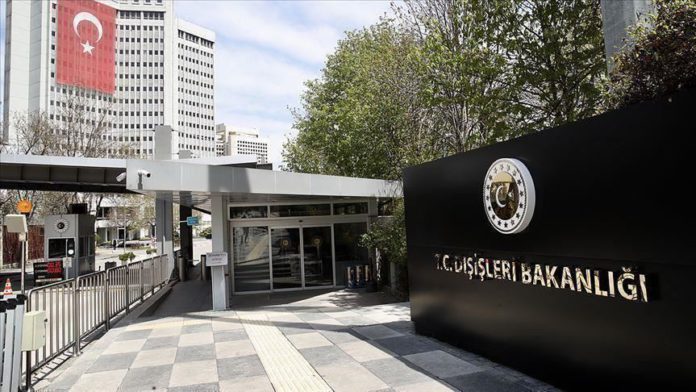 The Turkish Foreign Ministry in a statement on Thursday said Turkey “completely rejected” decisions taken by the Arab League targeting the country.

Turkey in the statement “completely rejected” all decisions taken at a Ministerial Council meeting on Sept. 9 in the Egyptian capital Cairo.

During the meeting, foreign ministers of Egypt and the UAE accused Turkey of conducting activities in the region that “pose threats to the security of Arab countries”.

Turkey in response said the country, as is known, gives great importance to the territorial integrity and political unity of the Arab countries as well as to regional stability, contrary to the “baseless accusations” — aiming to cover destructive agenda and activities — of those administrations behind these decisions, it added.

Turkey will resolutely continue its constructive attitude to ensure regional peace and stability despite all efforts of those administrations which support terrorists — that try to disintegrate Syria and threaten Iraq’s sovereignty — cause Yemen to disarray, take sides with putschists in Libya, risk Sudan’s stability for their own interests, support regimes, militia leaders, separatist groups, and terrorist organizations that cause humanitarian tragedy, the statement stressed.

The peoples of the Arab countries observe that these administrations ignore the Palestinian cause, prevent the Arab League from taking a decision on attempts to sabotage the efforts for a two-state solution in Palestine and common Arab stance, the ministry also said.

The same meeting also dropped a draft resolution condemning a controversial agreement between the United Arab Emirates (UAE) and Israel to normalize relations.

“We once again invite the Arab League to undertake a positive role in ensuring stability and security in the region, instead of acting under the direction of some of its members which have a hostile attitude towards our country,” it added.