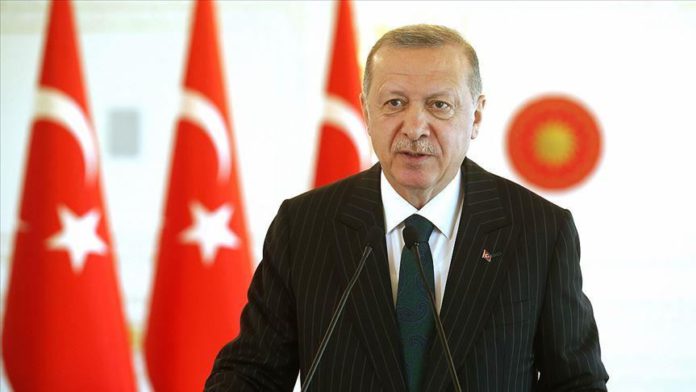 The Turkish president has reiterated Ankara’s support for peace in Afghanistan as the war-ravaged country celebrated its 101st Independence Day on Tuesday.

In a letter to his Afghan counterpart Ashraf Ghani, Recep Tayyip Erdogan expressed support for Afghanistan, which is “undergoing a critical transition.”

A statement by the presidency in Kabul said the Turkish leader underlined deep-rooted bonds, cultural and fraternal relations between the two countries marking centenary of their diplomatic relations.

“Turkey continues to support Afghanistan to achieve peace at this juncture while the country is undergoing a critical transition in terms of sustainable peace, security and prosperity,” it said quoting the letter.

Russian President Vladimir Putin also congratulated the Afghan president, stressing that joint efforts and partnership in combating terrorism and narcotics will benefit both the countries, and lead to consolidating regional stability and security.

Meanwhile, multiple rockets hit various areas close to the highly-guarded diplomatic enclave in the capital Kabul during the celebrations.

Tariq Arian, an interior ministry spokesman, said at least 14 people got injured as a result.

Disagreements over the exchange of prisoners has delayed peace negotiations envisaged under a US-Taliban deal signed in February to end the 19-year-old war.

The Loya Jirga said the decision was made to immediately start intra-Afghan dialogue, which is expected to begin soon, most likely in Qatar, where the Taliban maintain a political office.