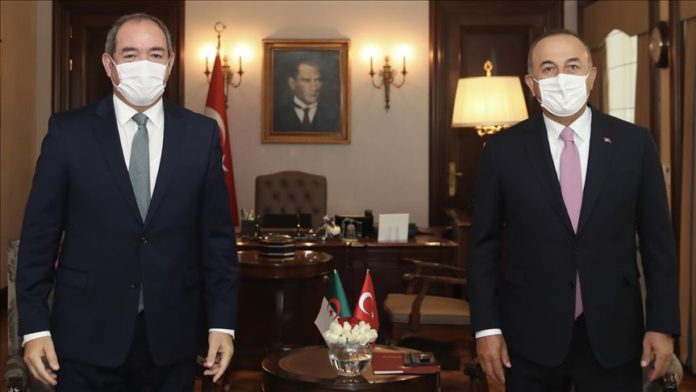 Turkey is in favor of negotiations for fair share of resource in the Eastern Mediterranean, the country’s foreign minister said on Tuesday.

Addressing a joint news conference with his Algerian counterpart Sabri Boukadoum in the capital Ankara, Mevlut Cavusoglu said if armaments on the Meis island exceed limits determined by agreements, Greece will be loser.

In July, after Athens objected to Ankara’s seismic survey in an area south of the island of Meis, or Kastellorizo, German diplomatic efforts helped defuse tensions between Turkey and Greece.

But Greece’s controversial move to sign a maritime delimitation agreement with Egypt, which Turkey says violates its continental shelf and maritime rights, has further sparked tensions between the two neighbors.

'Erdogan only honest player in Libya'