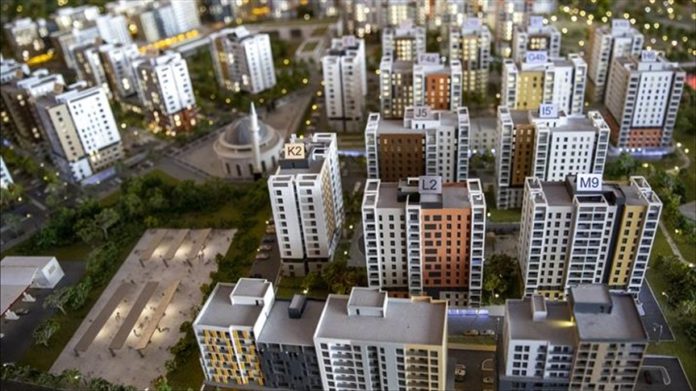 The number of residential properties sold in Turkey decreased 23% year-on-year to 263,050 in the first quarter of this year, the country’s statistical office announced Thursday.

Some 182,680 houses were sold for the first time while the remaining were second-hand sales in January-March, according to TurkStat.

Istanbul — Turkey’s largest city by population and one of its top tourist centers — took the largest share of house sales with 20%, or 51,602 houses, in the first three months of this year.

Mortgaged house sales were recorded at 47,216 — an 18% share of all house sales over the same period.

TurkStat data showed that the number of properties sold to foreigners fell 9.6% during the same period.

Some 9,887 houses were sold to foreigners, with more than half, or 5,024 units, of them in Istanbul. It was followed by the Mediterranean holiday resort city of Antalya with sales of 1,884 properties.

Property sales to foreigners jumped by 39% on an annual basis to 4,285 units in March.