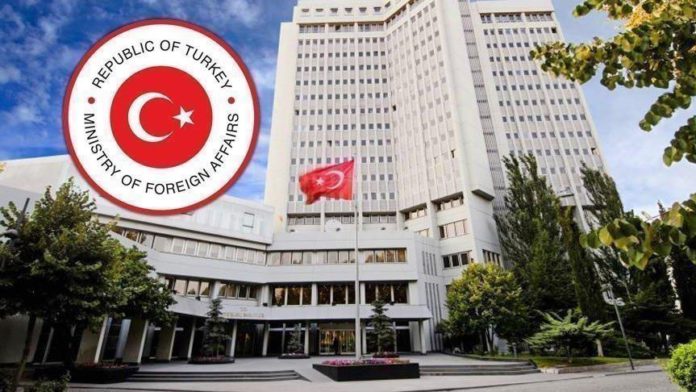 Turkey on Friday denounced a decision by Syria’s Bashar al-Assad regime to hold presidential elections in the war-ravaged country next month.

“The presidential elections announced by the Syrian regime to be held on 26 May 2021 are incompatible with the criteria of the road map put forward by the UNSC Resolution 2254,” Foreign Ministry spokesman Tanju Bilgic said in a written statement.

Bilgic underlined that the elections, “far from being free and fair,” would deprive seven million diaspora Syrians of suffrage and could not be considered legitimate by the international community.

“Turkey will continue to support the efforts to find a political solution to the Syrian conflict on the basis of UNSC Resolution 2254,” he added.

On Sunday, Syria’s parliament set May 26 for presidential elections in the country. According to the official news agency SANA, the Supreme Constitutional Court will accept applications to run on April 19-28.

Assad has succeeded in all elections since he assumed power in 2000 as heir to his father, Hafez al-Assad, by rates exceeding 88%, according to official election results.

The decision to hold elections came despite the ongoing military conflict, lack of a political solution in sight, failure of negotiations between the opposition and regime, and displacement of more than 10 million Syrians either as refugees or internally displaced persons. Moreover, about 40% of the country is not under regime control.

Syria has been in a civil war since early 2011 when the regime cracked down on pro-democracy protests.

Around half a million people have been killed, and more than 12 million had to flee their homes, becoming refugees or internally displaced in the past decade.

US: 1 dead, 4 injured in clinic shooting