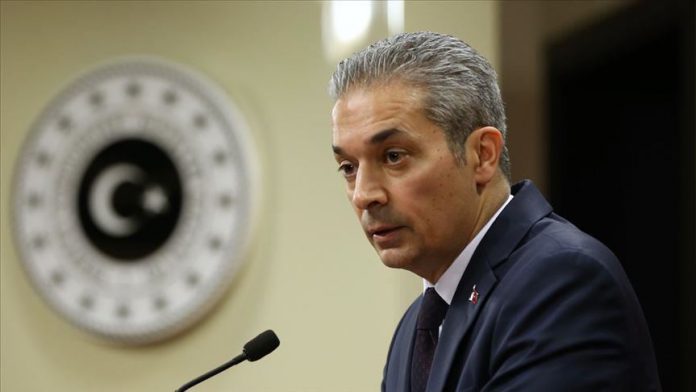 “We invite all EU members, especially Italy, to abandon their attitudes that ignore the Turkish Cypriots,” Foreign Ministry spokesman Hami Aksoy said in a statement.

Italy’s foreign minister and his counterpart from the Greek Cypriot administration released a joint statement on Wednesday against the maritime agreement between Turkey and Libya’s Government of National Accord (GNA).

Aksoy underlined that as co-existing communities, the Turkish Republic of Northern Cyprus (TRNC) had equal rights with Greek Cypriots over