TurkishPress
Home News Turkey ready to do 'whatever is necessary' in E.Med 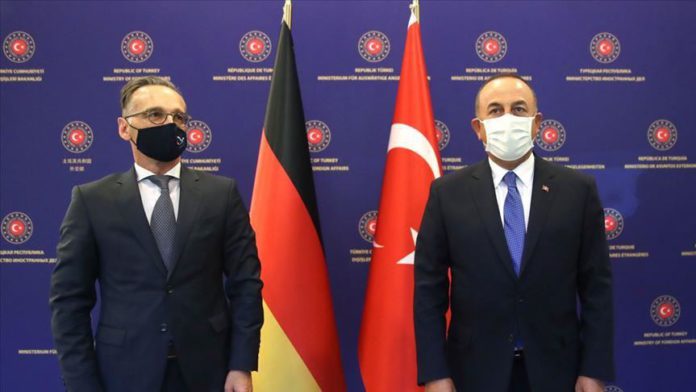 Turkey’s foreign minister on Tuesday warned Greece against taking missteps in the Eastern Mediterranean, saying Turkey is ready to do “whatever is necessary” to protect its legitimate interests in the region.

Mevlut Cavusoglu’s remarks came at a joint news conference with his German counterpart Heiko Maas in the capital Ankara after they discussed a variety of issues, including the COVID-19 outbreak, developments in Libya, and especially the Eastern Mediterranean.

He also urged Greece to not to “put itself at risk” by rising to the bait of “some countries” in the Eastern Mediterranean but to instead act in line with reason so there are no conflicts in the region.

He did not name any countries, but Greece recently worked with France and Egypt against Turkish maritime foreign policy.

Cavusoglu stressed that the recent escalation in tensions in the Eastern Mediterranean is due to the approach of Greece and the Greek Cypriot administration, not Turkey’s, citing Greece’s military exercises in the region this Monday as proof.

Turkey is ready to discuss the Eastern Mediterranean issue with all countries in the region – with the exception of the Greek Cypriot administration, which it does not recognize – he said, adding that there should not be any preconditions.

Arguing that Greece was spoiled by unconditional support from the EU, Cavusoglu said Athens contradicted itself by calling for the following of international law which it violated.

Turning to the mistreatment of minority Turks in Greece, Cavusoglu cited how European human rights tribunals had ruled that these Turks in Western Thrace can call themselves “Turks,” but Athens still does not allow this, in violation of the rulings, and the EU does not pressure Greece on this.

The most feasible way to transport hydrocarbon reserves drilled in the Eastern Mediterranean is through Turkey, and there is no alternative, Cavusoglu said and urged Athens to abandon unilateral impositions and instead pursue cooperation.

Cavusoglu underlined that Greece and the Greek Cypriots have pursued a “maximalist” agenda in the Eastern Mediterranean and held unilateral activities which have raised tensions.

The Greek government and Greek Cypriot administration should act in the light of reason, he said, adding: “If there was fair sharing here, instead of unilateral impositions, this would benefit everyone.”

During the news conference, Maas also underlined that escalation in the Eastern Mediterranean helps no one: not the EU, Turkey, or Greece.