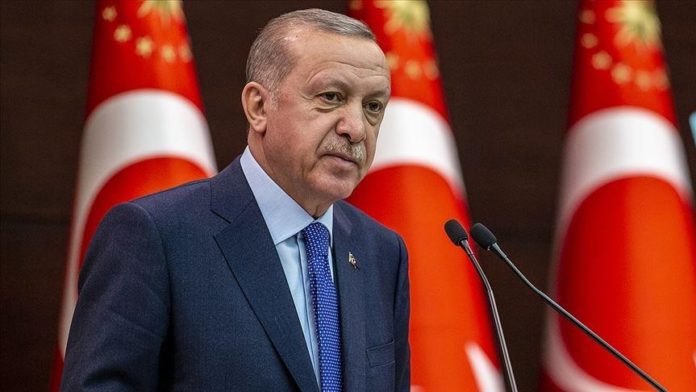 Turkey’s president on Thursday reiterated the country’s goal to become a “base for products and technologies of the fourth industrial revolution.”

In a video message to the opening ceremony of the Centre for the Fourth Industrial Revolution of Turkey, Recep Tayyip Erdogan said the research to be conducted at the center would make major economic and social contributions, despite it not yet operating at the expected level due to the novel coronavirus pandemic.

Erdogan noted that Turkey had joined the Centre for the Fourth Industrial Revolution Network, established under the World Economic Forum, at the beginning of 2020 as one of the two centers in Europe.

“The better we manage the digital transformation, the stronger our position will be in the new period,” Erdogan said.

Erdogan added that he wants Turkey to be in a leading position and pave the way towards such historic revolutions, rather than follow from behind. He expressed hope that the Centre for the Fourth Industrial Revolution would help to attain this goal.