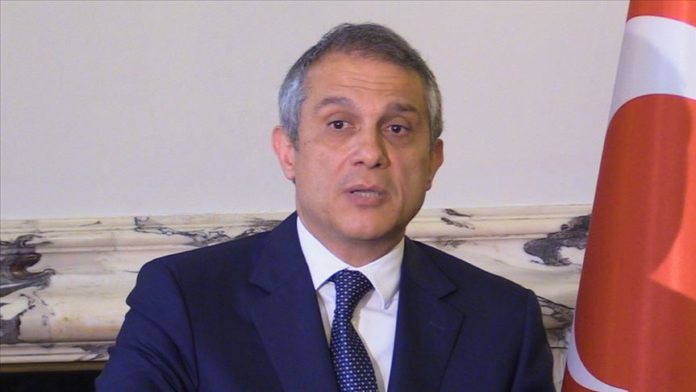 Turkey is ready to engage in sincere talks over the situation in the Eastern Mediterranean, the country’s ambassador to London said on Wednesday.

Responding to an editorial published by the Guardian on Sept. 6, Umit Yalcin confronted the suggestion that “the UN convention on the law of the sea supports both Greece and the status quo.”

“That is not entirely accurate, as the same convention also refers to the principle of equity,” Yalcin wrote.

The Turkish ambassador wrote: “Turkey has been inviting relevant parties to engage in negotiations based on international law and the principle of equity since 2003 for the delimitation of exclusive economic zones.”

“Yet the Greek side has never engaged in sincere dialogue, in order to delay and avoid concrete negotiations.”

He underlined that the “latest attempts by Germany to bring about the resumption of talks were sabotaged by Greece twice – first by signing an agreement on the issue with Egypt, then refusing to talk to Turkey.”

“Turkey, on the other hand, supported these initiatives and is ready to engage in sincere talks,” Yalcin concluded.

Greece disputed Turkey’s current energy exploration in the Eastern Mediterranean, trying to box in Turkish maritime territory based on small islands near the Turkish coast.

Turkey – the country with the longest coastline in the Mediterranean – has sent out drill ships to explore energy reserves on its continental shelf. The country has been firm in declaring that Ankara and the Turkish Republic of Northern Cyprus (TRNC) have rights in the region.

Ankara earlier said energy resources near the island of Cyprus must be shared fairly between the TRNC – which has issued Turkish state oil company Turkish Petroleum a license – and the Greek Cypriot administration.