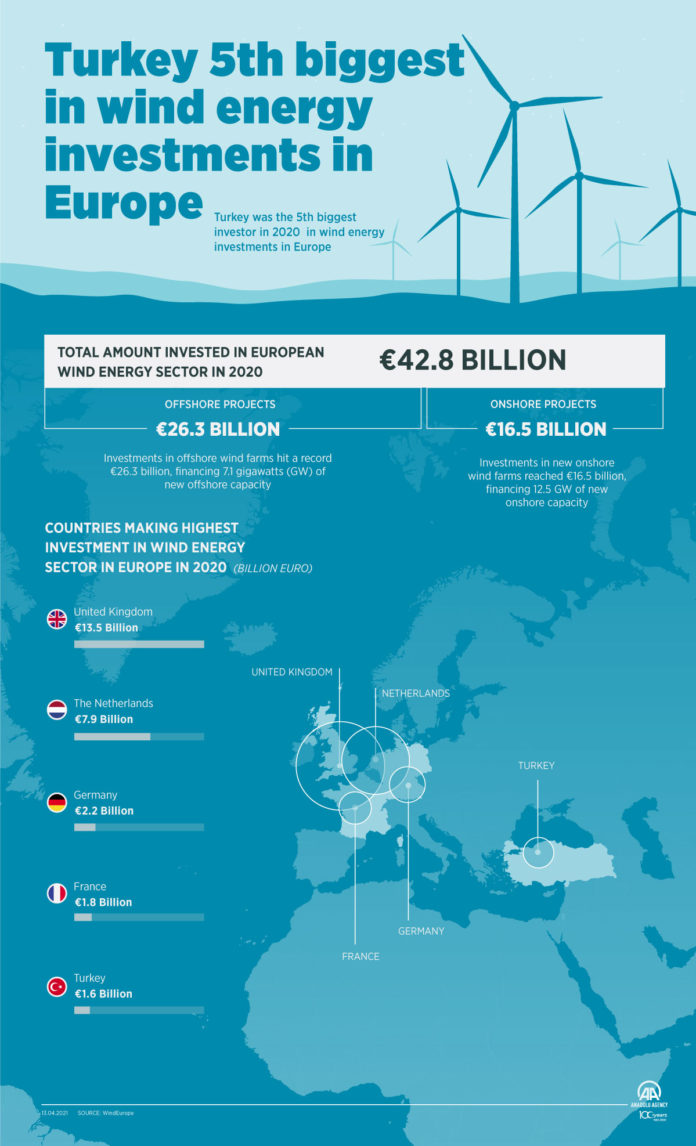 Turkey has been ranked as the fifth-biggest wind power investor in Europe in 2020 with €1.6 billion, according to WindEurope’s report on Tuesday.

“The technology is available. So is the money. But the right policies are missing, notably on the permitting of new farms where rules and procedures are too complex,” he said, adding that governments need to simplify their permitting and ensure there are people to process the permit applications. Otherwise there’s no point having a higher renewables target,” he said.

Out of the €43 billion investments, the UK ranked first with €13 billion in investments, followed by the Netherlands with nearly €8 billion, France came next with €6.5 billion and then Germany with €4.3 billion, the report showed.

Germany and France also invested the most in onshore wind and France financed its second and third offshore wind farm.

Poland was declared to be the sixth biggest investor after Turkey with €1.6 billion.

According to the report, banks contribute to the majority of investments, accounting for between 70% and 90% of debt financing while the remaining 10 to 30% is acquired through equity financing.

“Bank finance remains crucial, and more and more of it is project-specific rather than corporate debt, especially in offshore wind,” the report said.