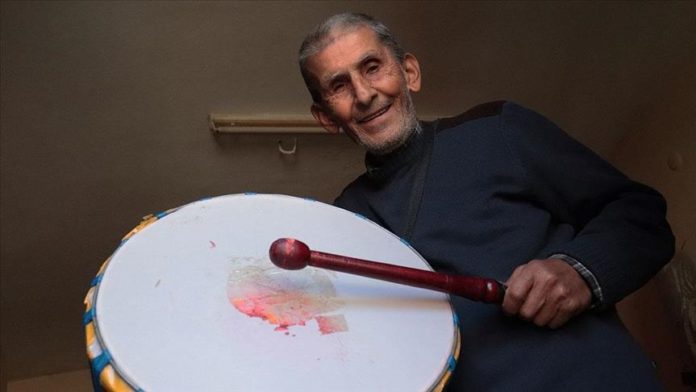 A 75-year-old Ramadan drummer has been waking residents in southern Turkey to have a pre-fast meal during the Muslim holy month of Ramadan for 20 years.

Muslims observing the fast during Ramadan have depended on street drummers to wake them up for the sahur meal since the Ottoman era. And Talip Ister has been proud to fulfill that role.

Ister, known in the Altinozu district of Hatay province as uncle Talip, the drummer, uses a drum he received as a gift nearly 20 years ago from the mayor.

Despite his advanced age, Ister, who is the only drummer in the neighborhood, has performed his job lovingly every Ramadan for two decades.

Having no children and spending his life with his wife, Ister, who has an age pension, also earns a living with income earned from Ramadan drumming.

Ister told Anadolu Agency that he loves his job and knows how to play very well despite the age.

“I am very happy, thank Allah. I continue to play drum in this blessed month,” he said and added that he is willing to beat his drum as long as he can do it.

Fasting from sunrise to sunset during Ramadan is one of Islam’s five pillars. The month is a period of self-examination and increased religious devotion.

Muslims in Turkey are observing the fasting, which will last until mid-May, under certain restrictions because of the pandemic.