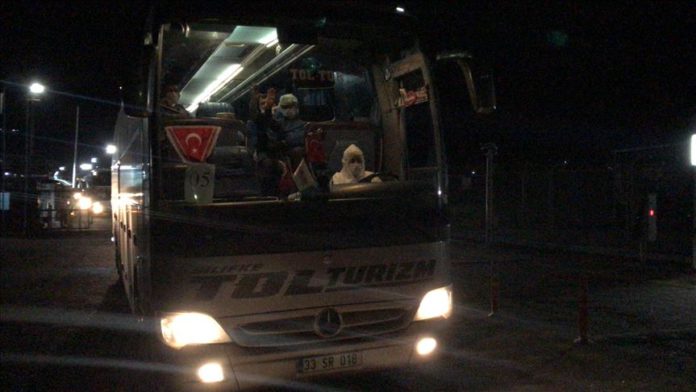 Turkey evacuated its nationals from Hungary and Northern Cyprus early Friday and placed them under a 14-day quarantine to mitigate the spread of the novel coronavirus.

All 300 Turkish citizens from the Turkish Republic of Northern Cyprus (TRNC) were brought to Mersin province and later sent to Karaman province for quarantine at dormitories after health checks.

In a separate operation, Turkey brought back its citizens from Hungary.

The expats arrived in Istanbul on a chartered flight and were sent to Duzce province for quarantine at dormitories following routine health examinations.

The Turkish government has repatriated nearly 70,000 of its nationals from various countries since the start of the outbreak.

The pandemic has killed more than 302,000 people worldwide, with more than 4.44 million confirmed cases, while recoveries have surpassed 1.58 million, according to figures compiled by Johns Hopkins University of the US.