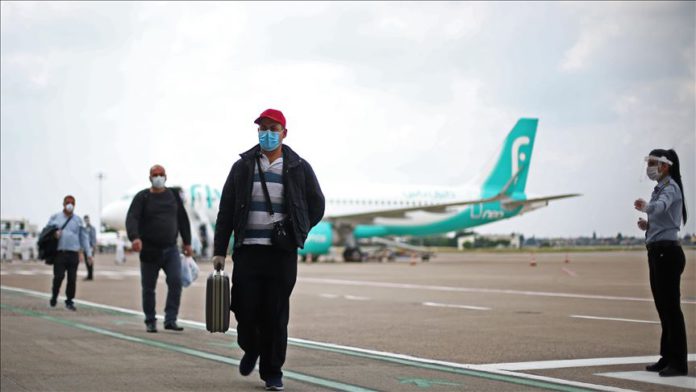 A total of 311 Turkish nationals, who were evacuated from Saudi Arabia, were placed under a 14-day quarantine on Monday to curb the spread of the novel coronavirus.

One of the flights landed at Van Ferit Melen Airport in eastern Turkey and a group of 143 people was placed in a dormitory after health checks.

A separate group of 169 Turks were brought back from another flight that landed in Izmir Adnan Menderes Airport in the country’s west. Following health checks, 168 of them were sent to a dormitory in Soke district of Aydin province, while the remaining one was referred to a hospital due to high fever.

Upon the instruction of President Recep Tayyip Erdogan and in coordination with the Foreign Ministry, Turkey repatriated nearly 25,000 citizens from 59 countries ahead of the Muslim fasting month of Ramadan.

As of Sunday, Turkey registered a total of 3,397 deaths due to coronavirus whereas nearly 63,200 people have recovered from the disease. Currently, there are 126,045 confirmed cases in the country.

More than 3.52 million cases have been reported in 187 countries and regions since the virus emerged in China last December, with the US and Europe the world’s hardest-hit areas.

A significant number of COVID-19 patients – over 1.13 million – have recovered, but the disease has also claimed nearly 248,000 lives so far, according to data compiled by the US’ Johns Hopkins University.