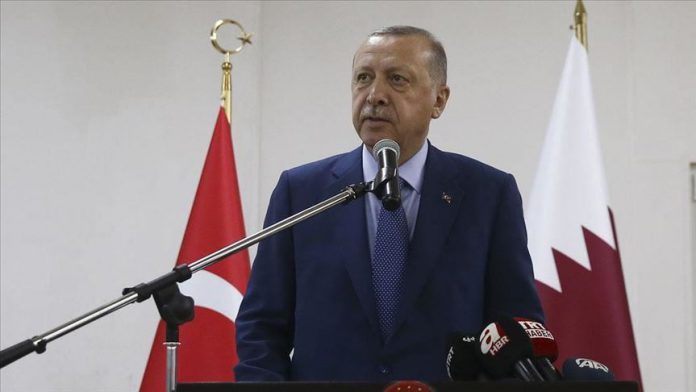 Turkey’s President Recep Tayyip Erdogan said Monday a joint force command of Ankara and Doha serves stability and peace of not only Qatar but also the Gulf region.

“It [Turkey-Qatar Combined Joint Force Command] serves stability and peace of not only Qatar but also the Gulf region,” Erdogan said during his visit to Turkish troops in Doha.

He also noted that the construction of the new Turkish military post has been completed and it will be named after the famous Muslim commander Khalid bin Walid.