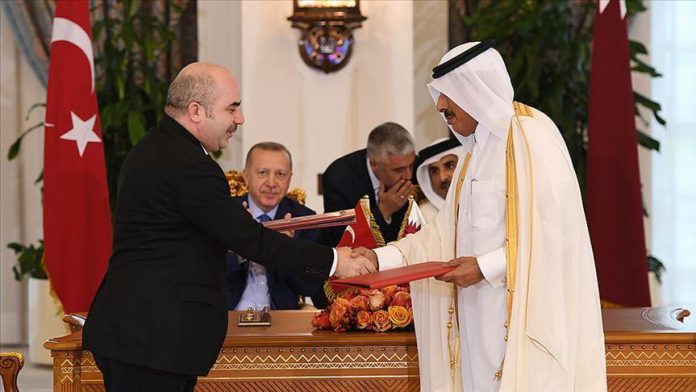 The swap agreement between the central banks of Qatar and Turkey has been amended, an official statement said Tuesday.

The overall limit has been increased to $5 billion from $3 billion, equivalent of Turkish liras and Qatari riyals, Turkey’s Central Bank said.

The deal aims to facilitate bilateral trade in local currencies and to support financial stability of the two countries.

The previous agreement worth $3 billion was signed in August 2018 after Qatar pledged a $15-billion investment package for Turkey.

During the recent visit of Turkish President Recep Tayyip Erdogan to Qatar, seven agreements were inked.